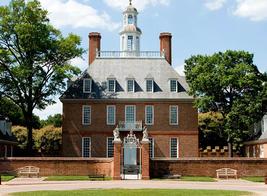 Native American history after 1900 is not part of the history curriculum in 87% of states, and 27 states include no mention at all, according to a report from the National Congress of American Indians. Many states indicate they are working to improve the quality of Native American history education, with one seventh-grade teacher in North Carolina saying she uses Native Knowledge 360 Degrees lesson plans developed by the Smithsonian.

​In a recently published letter, Laurie VanderPloeg, Director of the Office of Special Education (OSEP) within the U.S. Department of Education, issued a response to an inquiry by an anonymous author regarding the provision of compensatory education after a family relocates to a new state. The specific issue involved a determination by the New Mexico Public Education Department that free and appropriate public education was denied to a student, and thus, the student was entitled to compensatory education. However, the family planned to move to another state and sought clarification about whether the determination would still stand.

US continues to trail in PISA scores

Results of the Program for International Student Assessment -- an exam of 15-year-olds from 79 countries in reading, math and science -- released today show China and Singapore ranked first and second, respectively, in all three subjects. Students in the US continue to lag behind their international peers, and scores remained largely unchanged since 2015.

There are about one-third fewer students enrolled in teacher-preparation programs now than in 2010, according to an analysis from the Center for American Progress. Some states, including Michigan, Oklahoma and Pennsylvania, reported declines of as much as 50%, a trend that officials warn could signal a worsening teacher shortage in the US.

The Every Student Succeeds Act (ESSA) is the main federal law for K–12 general education. It covers all students in public schools. When it was passed in 2015, ESSA replaced the controversial No Child Left Behind (NCLB). The two laws are different, but they have some things in common. View a chart shows the differences between them.

Learn more information about the status of ESSA implementation and commentary from the state. This site provides updates from national partners and advocacy groups, and compiles relevant news from state and federal sources in order to serve as a one-stop shop for any interested party seeking guidance and clarity on how states are working to implement the new law with fidelity.

A Note From Our President

US Department of Education